Jones-Haywood School of Ballet is founded in Washington DC

The Jones-Haywood School of Ballet was founded in 1941 by Doris W. Jones and Claire H. Haywood. It has been one of the premier institutions for the study of ballet and other dance forms in the city, especially for children and teenagers. 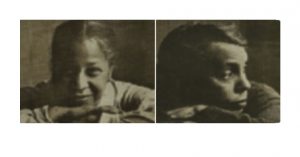 Claire Helen Haywood was born in Atlanta and earned a B.A. in English at Spelman College in 1934, an M.A. from Howard University in 1936, and a Ph.D. at Catholic University in 1938. Haywood became a dance student of Doris W. Jones, and together they founded the Jones-Haywood School of Ballet, where Haywood taught until 1978. In 1976, they completed Artists of the Dance, an hour-long documentary on their life and work. Haywood died in 1978.

Doris Jones was born in Boston, where she established a ballet school in 1933. She later moved to Washington to open the school with Claire Haywood and also served as the Capitol Ballet Company’s artistic director until 1982. In 1980, she formed the Jones-Haywood Youth Dancers to broaden performance opportunities for young dancers. At various times, Jones directed the DC Public Schools Dance Program. She died in 2006.

The school, now known as the Jones-Haywood School of Dance, is still in operation under the direction of Sandra Fortune-Green. Fortune-Green began her dance training at the school at the age of 10 and became the first Black woman to compete in the International Ballet Competition in 1973. She was also the prima ballerina of the Capitol Ballet Company.