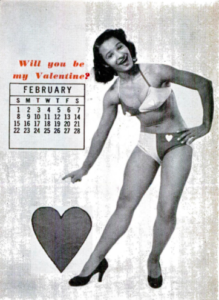 Jane Craddock was an original member of First Negro Classic Ballet, performing with the company at their debut performance in 1947. Her repertoire with the company included Little China Figure (1947), among others. With the company, Craddock traveled to countries like Israel and various European countries.

In a 1953 issue of Jet Magazine, Craddock was featured as one of the magazine’s “Calendar Girls.”