Sydney King and Marion Cuyjet followed closely in the footsteps of their mentor, Essie Marie Dorsey, with a curriculum offering various techniques to their students, including the Dunham Technique. Their old classmate John Hines had been studying with Katherine Dunham in New York and encouraged the two to travel to the city to study at the Dunham School. Hines introduced them to new teachers and studios and later taught at their studio.

The partnership between Cuyjet and King was short lived, and, after less than two years, they split. King retained the space on Broad Street, and Cuyjet found another. Little is known about the actual reasons for the break, however there are some speculations. Whatever the case may be, they went their separate ways and the students were divided. 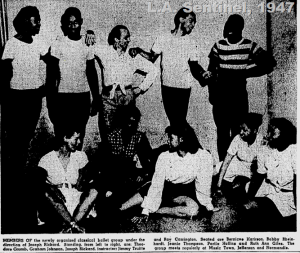