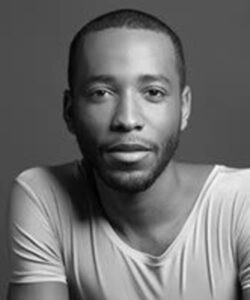 Kennard Henson was born in Baltimore, Maryland and began dancing hip hop at a young age. Through the Baltimore School of the Arts TWIGS after-school program, Henson started taking ballet at eleven years old with Samantha Ordaz, Paula LeVere, and Norma Pera. While at Baltimore School of the Arts, he performed in his first ballet, The Nutcracker. Henson attended the summer course at the School of American Ballet in 2013 and subsequently enrolled full-time for the winter term.

In August 2016, Henson became an apprentice with New York City Ballet and a year later was promoted to corps de ballet. Henson originated corps roles in Lauren Lovette’s For Clara and The Shaded Line and has originated featured roles in Matthew Neenan’s The Exchange and Pam Tanowitz’s Bartók Ballet. He has also been featured in classic New York City Ballet repertory including George Balanchine’s Orpheus and Jerome Robbins’s Afternoon of a Faun. Henson’s 2018 debut in Afternoon of a Faun with Lauren Lovette was was lauded as “sensational,” and he was particularly praised for his emotional expression and flawless partnering.