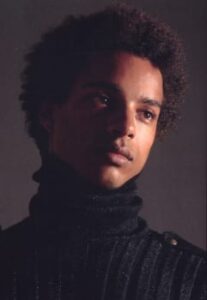 Dartanion (Dante) Reed was born in Hartford, Connecticut—the son of a Black father and German mother. He started dancing at the age of nine, training at the School of the Hartford Ballet with help from a Dance City Youth Scholarship. In 1999, Reed had just signed a trainee contract with the Hartford Ballet when the company and its school closed their doors after 35 years of business due to heavy debts. Changing direction, Reed went to New York City and attended American Ballet Theatre’s summer intensive. In 2000 he was offered a contract with ABT’s Studio Company and was promoted to the main company in February 2001.

In 2005, after five years dancing with American Ballet Theatre, Reed decided it was time to bring ballet back to Connecticut’s capital city. With his wife, dancer Keiko Nakamura of New York Theatre Ballet, Reed mined his New York City connections to start a pickup performing group, Hartford City Ballet. Within two years, the company had shifted focus to education, both pre-professional training and community classes. Reed ensured that Hartford City Ballet particularly focused on connecting with the city’s Black community. He modeled their outreach programming after the Hartford Ballet program that first introduced him to ballet as a child. The curriculum included an emphasis on the Black influence in dance history. In 2012, Reed was certified in ABT’s National Training Curriculum, working with curriculum designers Franco De Vita and Raymond Lukens who had been on staff at the original Hartford Ballet. After tremendous growth, and multiple re-locations, in 2013 Hartford City Ballet reclaiming the still-vacant building in downtown Hartford that had housed the former Hartford Ballet where Reed himself trained as a child. In addition to his administrative and directorial work with Hartford City Ballet, Reed continued guest performing and teaching nationally and internationally.