Éric Vu An and Claude Bessy

Claude Bessy was the director of the Opéra National de Paris ballet school from 1972 to 2004. Bessy spotted Vu-An and invited him to attend the school in 1974. Vu-An accepted this invitation and used this opportunity to accelerate his learning. 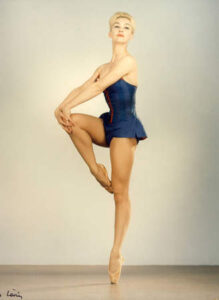