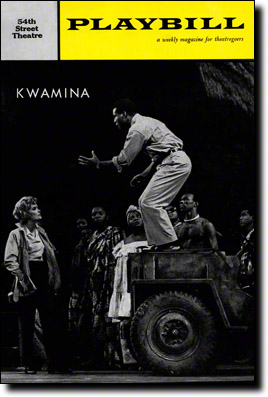 Kwamina ran from October 23 to November 18, 1961 at the 54th Street Theatre. The musical featured lyrics and music by Richard Adler and a book by Robert Alan Arthur. For her choreography, Agnes de Mille was nominated for a Tony Award and was largely praised along with her dancers. The musical was also nominated for Tony Awards in the categories of “Costume Design” and “Composer.”