On 31 May 1968, the company performed in honor of Rev. Dr. Martin Luther King, Jr. at Cramton Auditorium, Howard University. The program featured a premiere of “Four Negro Spirituals,” choreographed by Doris Jones. (The four songs were “You Better Mind,” “Swing Low, Sweet Chariot,” “Walk Together Children,” “It’s Me, It’s Me, It’s Me, Oh Lord.”) Other featured dances were “Collaboration,” and “Pocahontas,” in which Fortune played lead. 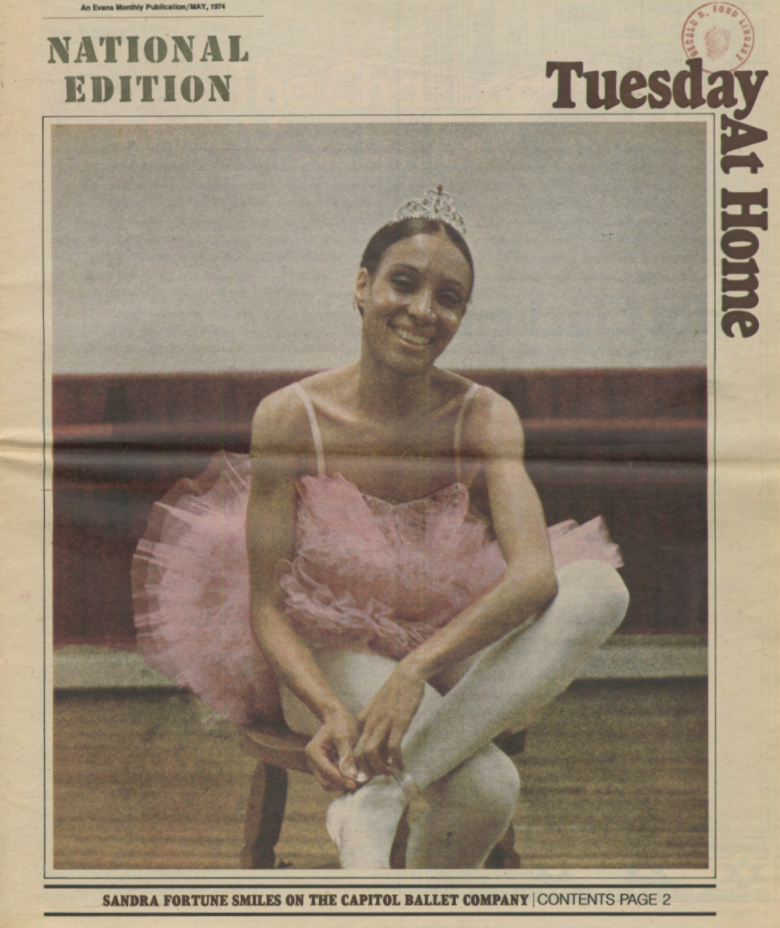 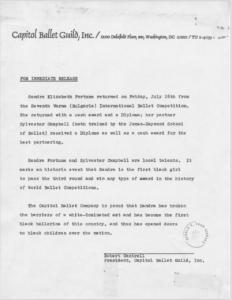