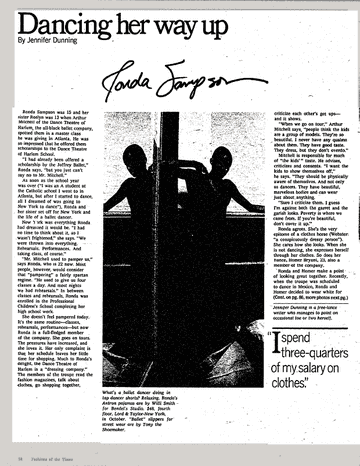 Her repertoire with the company included Arthur Mitchell’s Rhymetron, the pas de trois in Holberg Suite, and Tones; William Scott’s Every Now and Then; and Geoffrey Holder’s Dougla, among others. Sampson married fellow DTH company member Homer Bryant in 1978. She passed away in 2008.