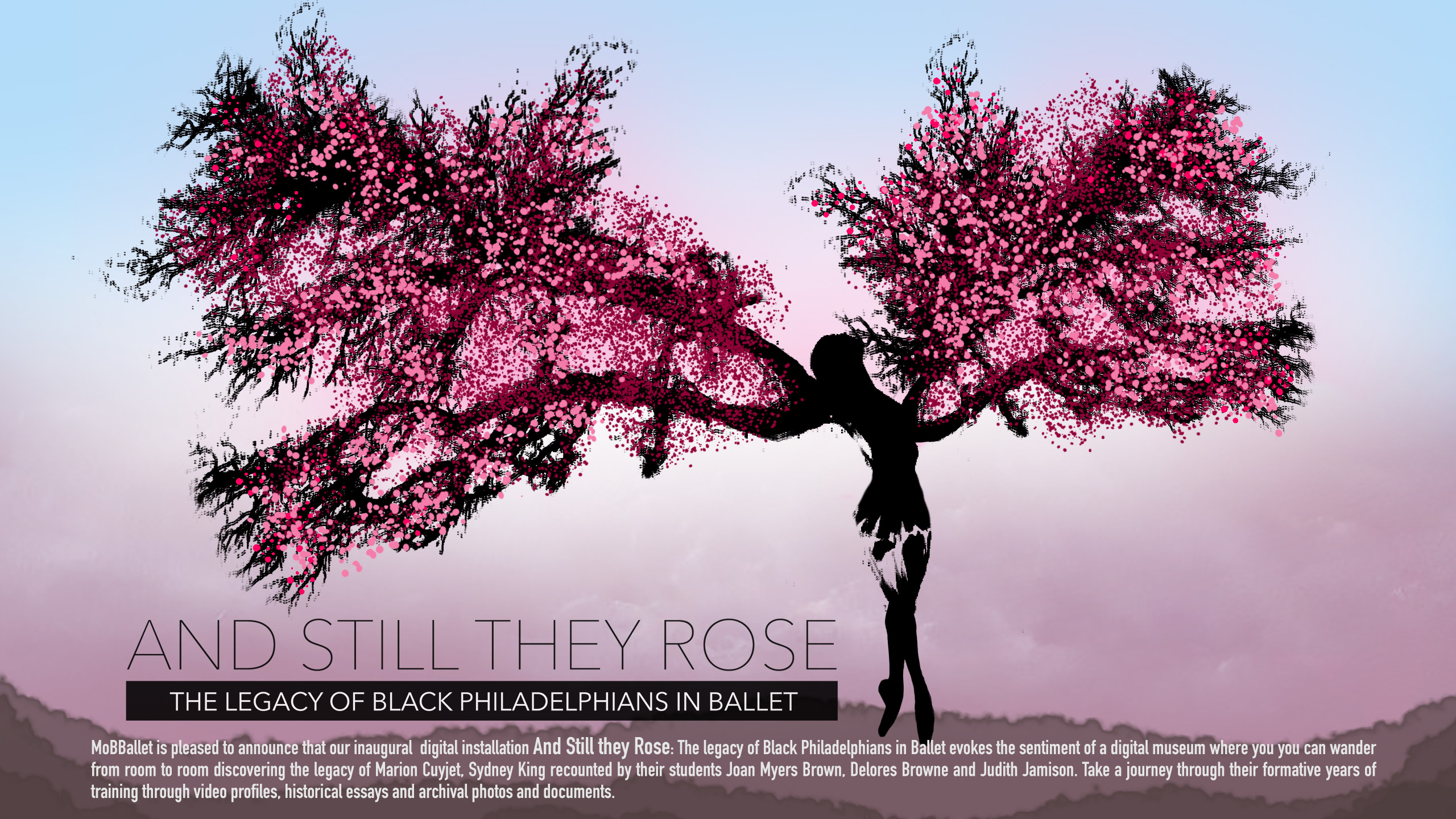 King immigrated to Philadelphia from Jamaica with her family when she was six years old. At seven, she was a member of the inaugural class at the Essie Marie Dorsey School of Dance where, even at that tender age, she took classes every day. King excelled at ballet and would advance to become the lead ballerina of the school. But being Negro, and too brown to pass for white, there was

no higher level to which she could ascend. She danced

Marion Cuyjet did not begin to train with Dorsey until 1933, when she was thirteen. The Cuyjet’s were Delaware Moors (a mixed community of African American, Native American and Welsh) Cuyjet was a fair skinned, green- eyed redhead who looked white. Thus, when she had

advanced enough, Dorsey was able to send her to the Philadelphia Ballet Academy. In order to get her access to better training Dorsey taught Cuyjet how to pass just as she had done as a teen. Cuyjet went on to perform with the Littlefield ballet company until her true identity was discovered.

Click here to learn more and watch the video about the teachers, Sydney King and Marion Cuyjet?

embody the elegance and audaciousness of their mentors.

Although King and Cuyjet might not have had the

through their teaching they have produced many: Billy

and Elmer Ball are just some of the first generation.

Their legacy wraps the globe. Hundreds of dancers have come through their lineage unbeknownst to the legacy that gave them the opportunity.

Continue to the tree to see more of the Black

Philadelphians in Ballet who have direct ties to the Sydney King-Marion Cuyjet bloodline.

Watch interviews, view galleries, and read more about each woman by clicking her photo.

Dorsey moved to New York as a child. Dorsey was a fair-

skinned Negro who passed as white or Latina to order to

study dance. She settled in Philadelphia and in 1926 and

opened her first dance studio in her home. Dorsey offered

which she taught ballet, as did Thomas Cannon, a

principal dancer with the Littlefield Ballet Company and

train dancers because she did not have the opportunities

to perform herself. Besides Sydney King and Marion

founder and director of the Philadelphia Dance Company

Essie Marie Dorsey is the seed that began a

legacy of Black Philadelphians in Ballet and contributed tremendously to the African American ballet world at large.

Sydney King and Marion Cuyjet, were two of Essie Marie Dorsey’s most successful students and the founders of the Sydney-Marion School of Dance in 1946.

The two are major tributaries in a lineage of Philadelphia’s dancers who changed the course of race in dance in America, and are pioneers in Ballet.