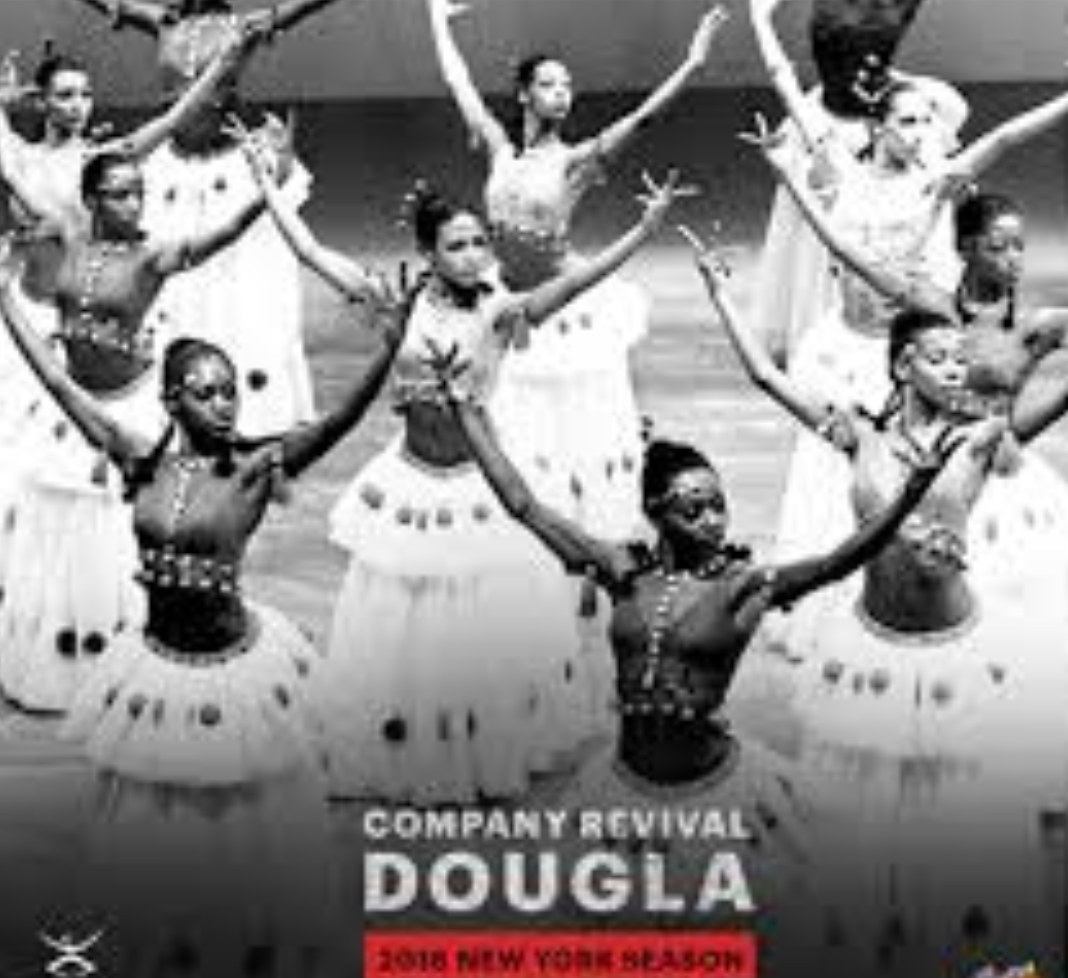 The late Holder drew on his Trinidadian heritage to create his masterpiece ballet Dougla—a marriage ceremony as pageant. A long-time company favorite, Dougla is performed with live music and all of its spectacle and glory. The word “Dougla” is used in Trinidad to refer to those of mixed South Asian and African descent.

The ballet begins before it begins; while the curtain is down, the dancers stand in place as the groom leads the prayer: I believe in God. Maker of Heaven and Earth, and Myself. The whole world stinks, but I am Lovely, I am gorgeous, I am Divine.

Holder created several other ballets that were performed by the company, including Belé (1973); Banda (1982), for which he also produced the music and costumes; and Songs of the Auvergne (1982), which starred Virginia Johnson and also featured costumes by Holder. He designed the scenery and costumes for John Taras’ Firebird (1982) and Billy Wilson and Arthur Mitchell’s Phoenix Rising (Work in Progress) (1987).

Holder’s Banda wasn’t created for DTH, but it’s hard to imagine another troupe having such a spellbinding hold on it. It’s a voodoo danse macabre, a theatrically electrifying pageant of death and mourning according to Haitian tradition. Holder designed it from top to bottom, including the hauntingly evocative backdrop, the stunningly coordinated costumes, the musical score (utilizing Gregorian and native chant, percussion and solo flute), and the startling choreography, which compounded African, classical and contemporary idioms into an amazingly forceful unity. DTH’s original cast included Lowell Smith as the Man with Coffin, Karen Brown as the Mother, and an entire ensemble of mourners and priests; Donald Williams’ portrayal of the voodoo lord, Baron Samedi—part satyr, clown and specter—was genuinely thrilling. Geoffrey Holder (1930-2014), a native of Trinidad, was an actor, dancer, choreographer, composer, designer, and painter. His brother Arthur Aldwyn Holder taught him how to paint and dance, including Geoffrey in the Holder Dancing Company at age seven. The company, later under Geoffrey’s direction, was invited to New York by Agnes de Mille. Holder remained in the city, teaching classes at the Katherine Dunham School and performing as a principal with the Metropolitan Opera Ballet.

He started performing on Broadway in 1954 in House of Flowers, followed by roles in Waiting for Godot (1957) and later, Josephine Baker (1964). His filmography includes roles in Doctor Dolittle (1967), the James Bond film Live and Let Die (1973), and Annie (1982). He was also well known for his commercials promoting 7Up.

Holder excelled in painting, with his work displayed at Washington’s Corcoran Gallery and the Guggenheim Museum after receiving a Guggenheim fellowship. Holder won Tony Awards in 1975 for directing and designing costumes for The Wiz on Broadway. His other design credits include DTH’s The Firebird and Timbuktu! on Broadway, for which he was nominated for a Tony and which he directed and choreographed.

Holder met his wife Carmen de Lavallade, a fellow dancer, while performing together in House of Flowers; they married in 1955 and had one son, Leo. Mr. Holder died from complications of pneumonia at the age of 84 in October 2014.