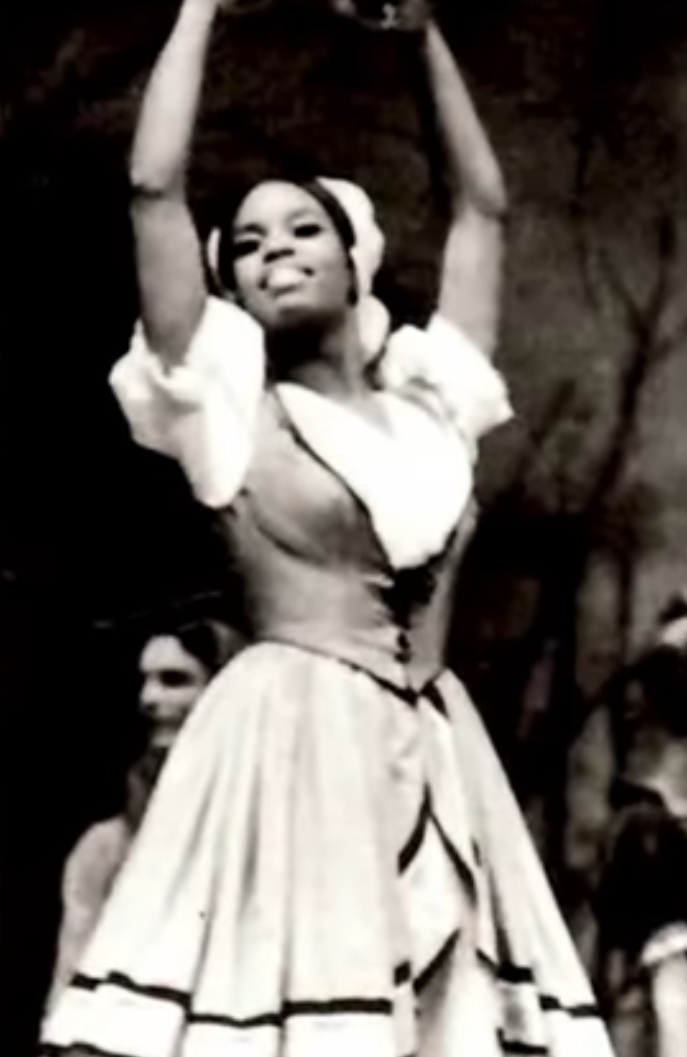 When Arthur Mitchell retired from New York City Ballet and founded Dance Theatre of Harlem, he contacted Llanchie Stevenson and asked her to join his company; she accepted. George Balanchine and Lincoln Kirstein, who both mentored Mitchell, were actively interested in DTH, and the company’s opening performance featured several of Balanchine’s works. The first to enter Dance Theatre of Harlem’s repertoire was Concerto Barocco, with Stevenson dancing one of the lead roles. 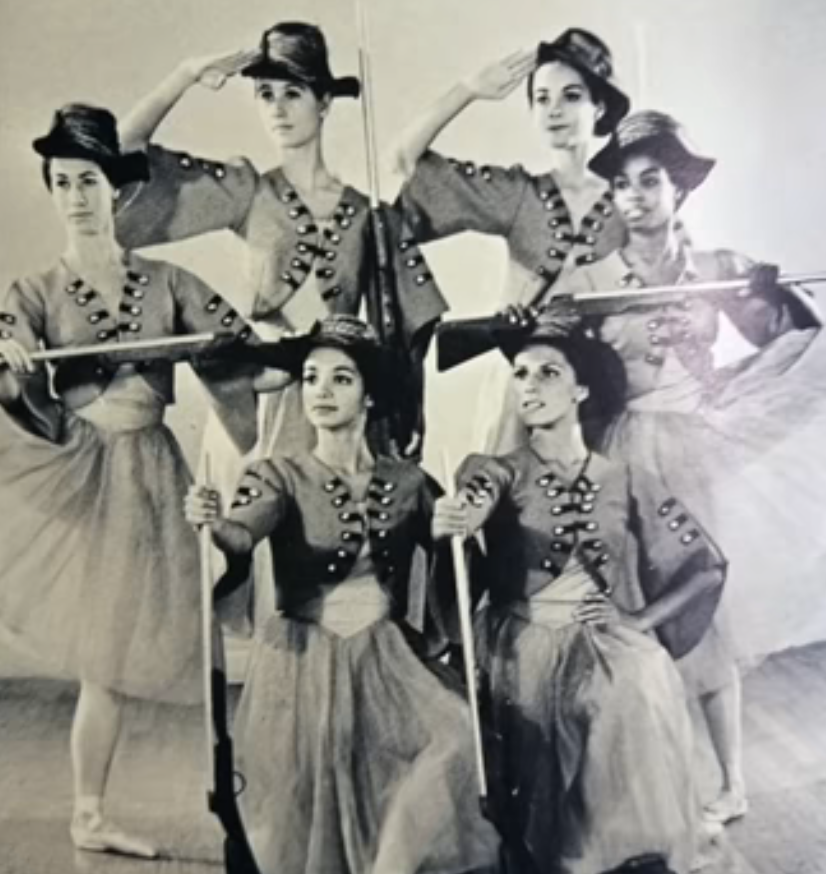 After becoming the first African American to join the corps de ballet of Radio City Music Hall, Llanchie Stevenson auditioned for School of American Ballet, was accepted, and was given a scholarship. She studied for two years and, upon seeing some of her classmate being offered contracts, she asked about her prospects. She was not offered a role in the company, however, because Balanchine was not ready to have a woman of color in the company. Though Mitchell was in the company, a Black woman would, according to Balanchine, “break the corps line.”

Llanchie Stevenson and The National Ballet of Washington DC 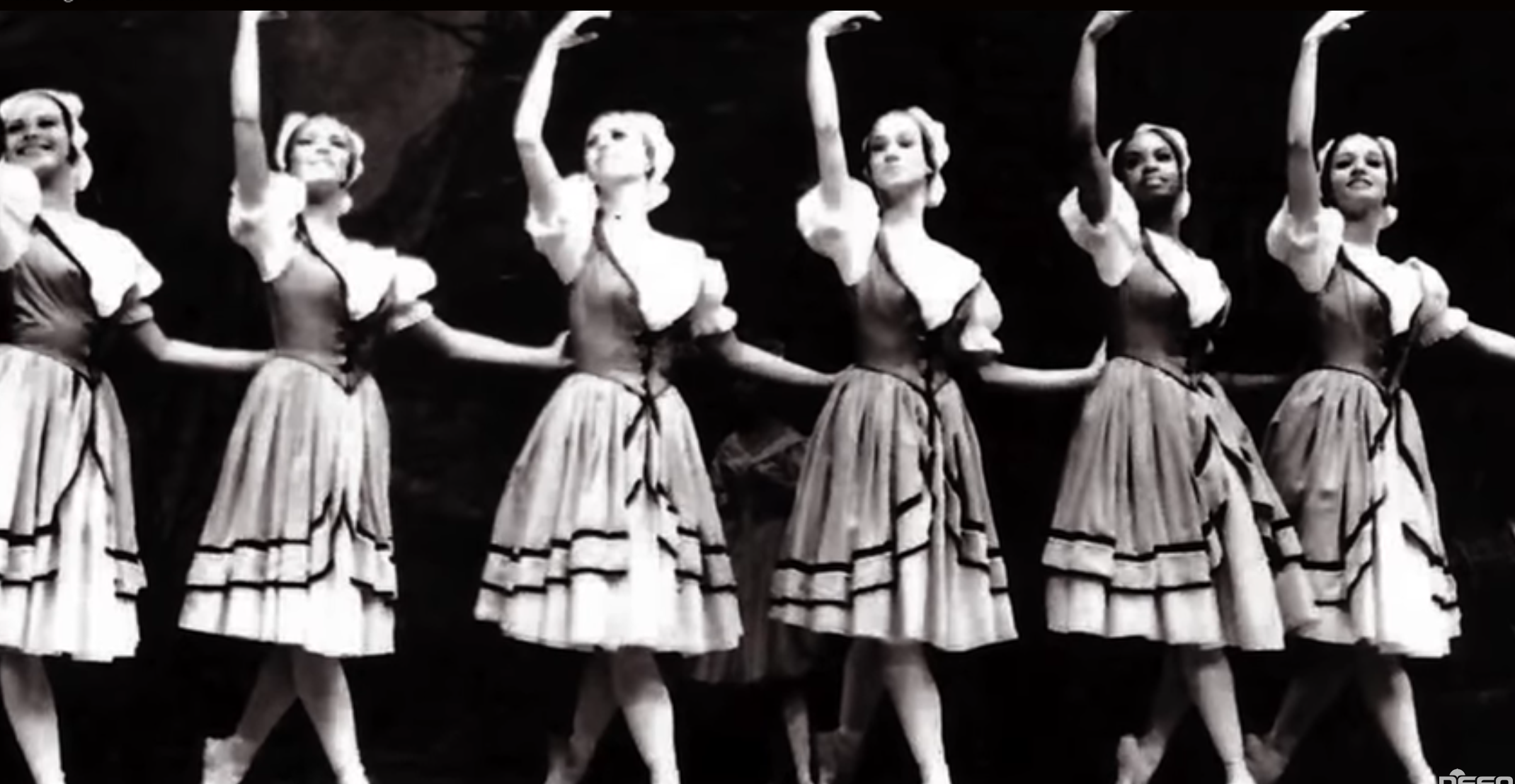 Unable to dance with New York City Ballet, Stevenson heard that National Ballet of Washington’s Artistic Director Fredric Franklin looking for a Black female ballerina. She auditioned, was accepted as a member of the corps de ballet, and performed with the company for a few years. She toured all over the United States with the company but was prohibited from performing in some states because of racial tension. She recalls that in 1968, during the Montgomery bus boycotts in Alabama, she was told to sit in the audience rather than perform for safety reasons. She was also unable to perform with the company in Spartanburg, South Carolina .

Franklin said: “The school and the company are for America and for all the good dancers that we can find and develop. Our intention is to establish a national company in the nation’s capital based on artistic policies similar to those of the New York City Ballet and the original policy of the Sadler’s Wells Ballet.” Riddell said, “The National Ballet is the only logical name for this company—it’s designed not only for Washington, but also for growth.”

Story of a Black Ballerina

Rosemary “Llanchie” Stevenson began her dance training at the Bernice Johnson Dance Studio. She attended the LaGuardia High School of Performing Arts in New York City and was dissuaded from being a ballet major because they feared that she would not find work in the field. However her father rejected that notion, and she was allowed to remain a ballet major until her graduation.

Upon graduating from high school at 17, she decided to take a class with Alvin Ailey; he then invited her to join the company. She toured with the company, but Mr. Ailey saw in her a ballet dancer and made her maintain her pointe work. He then encouraged her to audition for The Radio City Music Hall as he thought that she could become the first Black ballet dancer with the group. She was accepted and became the first African American to join the corps de ballet of Radio City Music Hall. Often special roles were created for her, but when ballet dancers guested with the company she found herself longing to be a ballerina.

After attending the School of American Ballet and not being accepted into New York City Ballet, Stevenson auditioned for Fredric Franklin at the the National Ballet of Washington, where she was accepted as a member of the corps de ballet and was the only African American in the company at the time. After performing with the company for a few years, Arthur Mitchell asked her to become a founding member of Dance Theatre of Harlem as a principal dancer. Stevenson originated the revolutionary aesthetic of skin-toned tights for Black ballerinas.