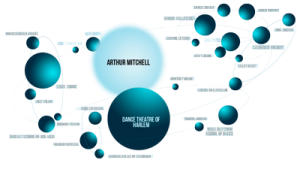 Arthur Mitchell was the first African American male dancer to officially join New York City Ballet. He was a favorite of George Balanchine, who co-founded and directed the company. Allegra Kent, in a 🔑 New York Times article, says that when Balanchine invited Mitchell to join NYCB, “he saw not an African-American dancer, but a dancer who could thrill an audience.” Mitchell had a unique aesthetic that Balanchine was searching for, and he served as an example of vitality and movement for other dancers in the company.

Balanchine choreographed several pieces for Mitchell, most notably Agon in 1957. This ballet featured a Black man and white woman dancing together, and with an added element of sensuality, it was revolutionary. Mitchell’s words about Agon are interesting; he insisted that the contrast between the color of his skin and the color of the ballerina’s skin is part of the choreography and that casting white men makes for a different ballet.

Clearly, Mitchell held Balanchine in high regard. In 1969, following Martin Luther King Jr.’s death, Mitchell decided to form Dance Theatre of Harlem with the help of choreographer Karel Shook. In creating this new company, Mitchell relied on assistance from Balanchine and Kirstein, NYCB’s other co-founder. He spoke about “working under a genius, George Balanchine” and how he got his authority and sense of personal dignity from him. Mitchell had high standards when envisioning the future of Dance Theatre of Harlem. He claimed that the company “must stand as a ballet company….I will not lower my standards or betray the standards of the people who made Arthur Mitchell the ballet artist….I am giving the dancers the same chance Kirstein and Balanchine gave me.” Even when founding his own company, then, Mitchell sought and received support from Balanchine, continuing their mentor-mentee relationship. 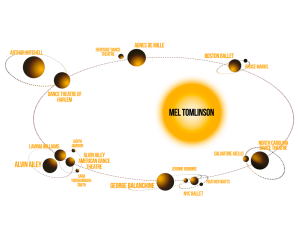 While at Dance Theatre of Harlem, Mel Tomlinson was spotted by none other than George Balanchine of New York City Ballet, and soon after, Tomlinson was the only African American dancer in the company. Balanchine had always had a grand dream of a ballet class with eight white students and eight Black students, with four males and four females of each skin color. Balanchine chose to hire Tomlinson as he continued to strive for the truly “American” New York City Ballet company that he dreamed of. However, this was not the first instance that their paths had crossed—that was when Arthur Mitchell brought Tomlinson downtown to meet with Balanchine, as Tomlinson was initially selected to fill a role in the film The Spellbound Child for Mitchell. While with NYCB, Tomlinson took on roles that had previously been performed by Mitchell, who used to be the only Black dancer in the company before leaving to form Dance Theatre of Harlem. Balanchine saw similarities between Mitchell and Tomlinson, and saw Tomlinson as Mitchell’s “legacy” being reborn within the company. Balanchine admired Tomlinson’s talent and experience with his repertoire, having performed so many Balanchine works with DTH. Balanchine adored Tomlinson so much as a dancer, that he was in the process of creating a ballet with him in mind when he died. In his memoir, Beyond My Dreams, Tomlinson remembers the first time he went into Balanchine’s office and, after he commented favorably on one of Balanchine’s armchairs, Balanchine gave it to him. Tomlinson remembers Balanchine’s immense kindness and claims that the three years dancing for Balanchine were the best years of his life. 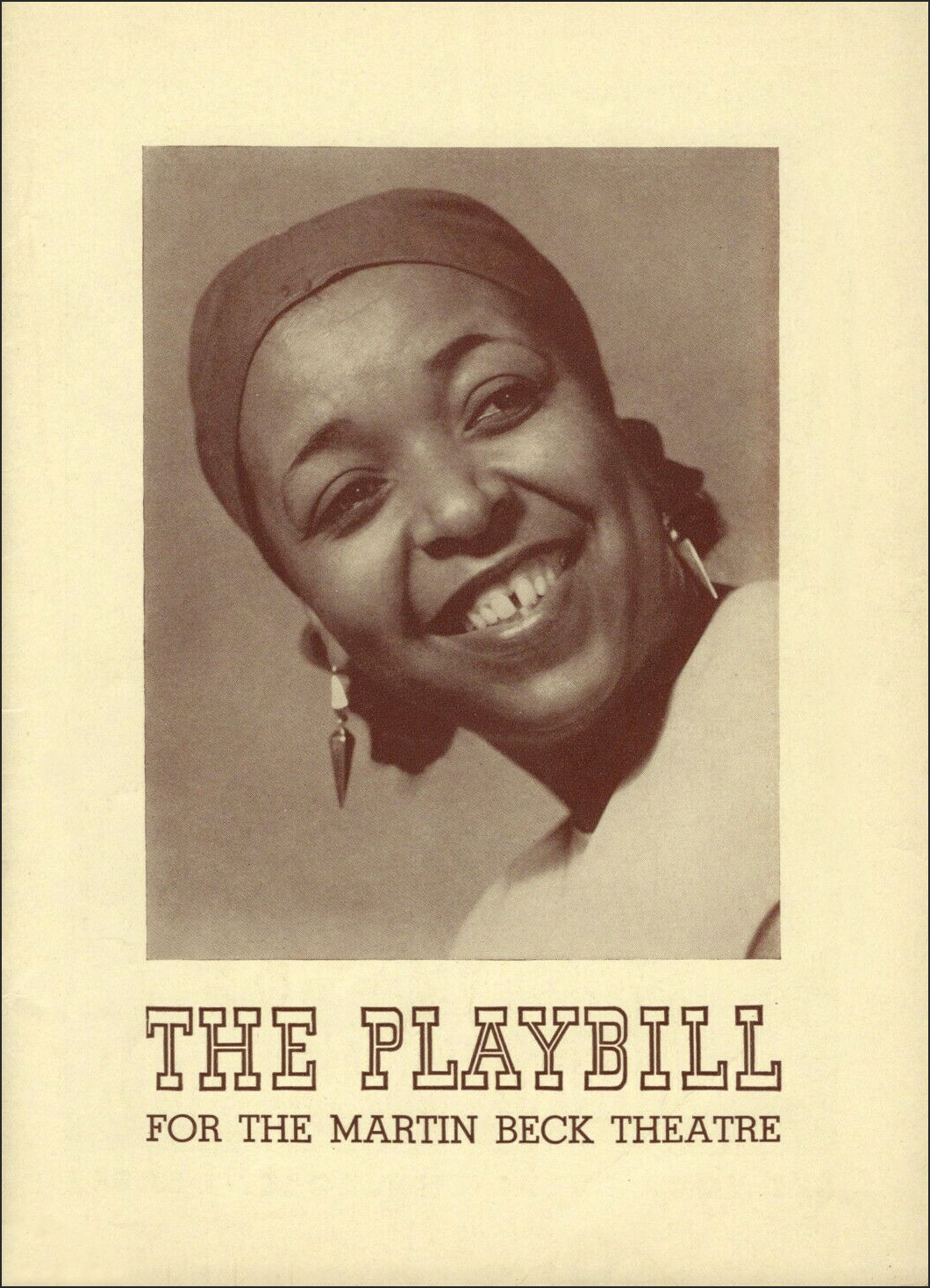 George Balanchine didn’t create pieces for the Negro Unit of Ballet Theatre, but he served as choreographer with several members of the company during production for Broadway’s Cabin in the Sky. The cast included Lawaune Kennard, Evelyn Pilcher, Edith Ross, and Lavinia Williams of the Negro Unit as well as other notable dancers Katherine Dunham and Talley Beatty. Cabin in the Sky tells the story of Little Joe, who has earned a chance to redeem his soul after a near-death experience.

George Balanchine was one of the most influential 20th-century choreographers. Styled as the father of American ballet, he co-founded the New York City Ballet and remained its Artistic Director for more than 35 years. His choreography is characterized by plotless ballets with minimal costume and décor, performed to classical and neoclassical music.

Born in St. Petersburg, Balanchine took the standards and technique from his time at the Imperial Ballet School and fused it with other schools of movement that he had adopted during his tenure on Broadway and in Hollywood, creating his signature “neoclassical style”.

He was a choreographer known for his musicality; he expressed music with dance and worked extensively with leading composers of his time like Igor Stravinsky. Balanchine was invited to America in 1933 by a young arts patron named Lincoln Kirstein, and together they founded the School of American Ballet. Along with Kirstein, Balanchine also co-founded the New York City Ballet (NYCB).