Arthur Bell danced in the section “Being Beauteous” in the premiere of Frederick Ashton’s Illuminations with the New York City Ballet on March 2, 1950. 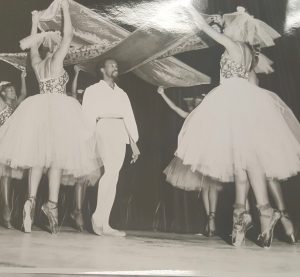