The Joffrey Ballet presented These Three, based on the infamous murders of three civil rights workers in Mississippi. Clive Barnes thought These Three was a failure, though he commended Eugene Loring for addressing a highly-charged human rights issue through dance theater. 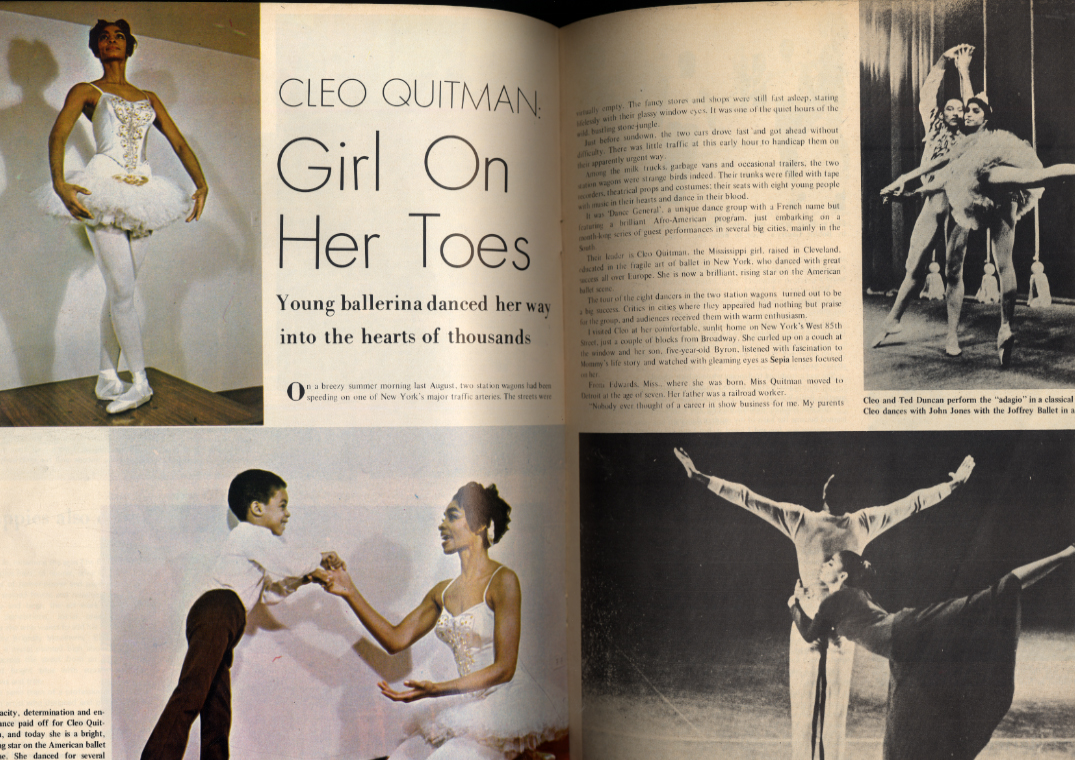 Cleo Quitman, a Detroit native, studied ballet with Sofia Tsouklas, who taught Black students privately. In 1954, at age 17, Quitman moved to New York with the hopes of studying at the School of American Ballet. Unable to attend SAB as she had arrived mid-semester, she began to study with Mattie Gabors and Alfredo Corvina at the Metropolitan Opera School.

It is said that Llanchie Stevenson (Alvin Ailey American Dance Theater, National Ballet of Washington, Dance Theatre of Harlem) was the first African American to join the corps de ballet at Radio City and Besty Ann Dickerson, who trained at Sydney King’s school and performed in several Broadway productions, was another one of the first Black dancers with the company.