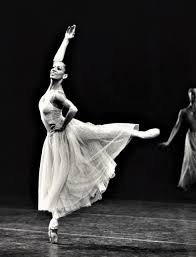 Debra Austin began dancing when she was eight years old. At the age of 12, she was awarded a scholarship to dance at the School of American Ballet in New York City. While a student at SAB, she attended the Professional Children’s School for academics. She was handpicked by George Balanchine at age 16 to join New York City Ballet, officially becoming the company’s first African American female dancer. Austin was later hired as a principal dancer with Pennsylvania Ballet. 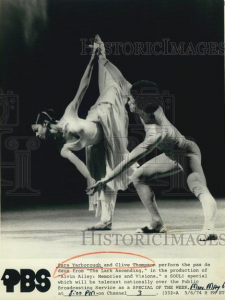 In 1971, Sara Yarborough left the Harkness Ballet company after four years. She then danced with the Alvin Ailey American Dance Theater for another four years.

Sara Yarborough (b.1950) was raised and trained as a dancer by her mother Lavinia Williams in New York and Haiti. From 1967 to 1971, Yarborough Smith danced with Harkness Ballet, a company created by Rebekah Harkness. There, she performed new works by notable choreographers including Agnes de Mille and Brian McDonald. After leaving Harkness, she went on the dance with the Alvin Ailey American Dance Theater for a total of five years: 1971-1975 and 1977.

With Ailey, Yarborough was often a featured ballerina in pieces like in Portrait of Billie, which was about the life of Billie Holiday.

“Haitians aren’t conscious of themselves when they dance,” Yarborough explained to People in 1974. “While dancing, I get completely possessed, I feel it coming the night before. It starts coming and you can’t remember what you did.”

DTH gives its first performance in 1971 at the Solomon R. Guggenheim Museum in New York 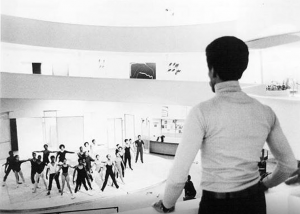 When the company was looking for a place to perform for a mixed audience, “the Guggenheim opened up its doors and presented this performance in 1971,” said Duke Dang, the general manager of Works & Process.

Sheila Rohan, a former DTH member, said of the performance, “Mr. Mitchell rehearsed us to death for that performance. He kept saying, ‘You’re special. This is something the world hasn’t seen so it’s got to be right. You have to put your best foot forward.’” 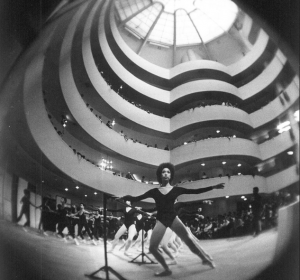 On May 6th, for the first and only time in history, Arthur Mitchell and George Balanchine co-choreographed Concerto for Jazz Band and Orchestra, a piece to be presented and performed once for a gala benefit with “Doc” Severinsen and the Tonight Show Orchestra. 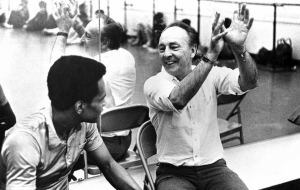 Arthur Mitchell and George Balanchine co-choreographed Concerto for Jazz Band and Orchestra, which was set to the music of the Swiss composer Rolf Lieberman. Ronald Bates was the lighting designer.

Dance Theatre of Harlem and New York City Ballet performed jointly on a guest engagement, which offered an unprecedented collaboration coupled with a platform for the emerging Harlem-based company. 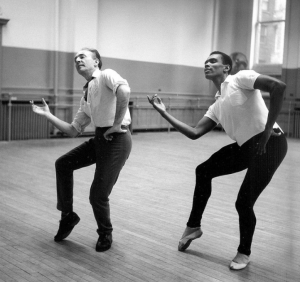 Brenda Garrett-Glassman auditioned for and entered the Royal Ballet Upper School in 1971, where she remained until 1973.

Though she started her training at the Joyce Butler School of Dance, British Guyanese dancer Brenda Garrett-Glassman later became the first Black student at the Royal Ballet Upper School. After noticing Garrett-Glassman’s talents in her school’s show, the director of the Royal Academy of Dance asked the young dancer to audition for the Royal Ballet School (Bourne 207).

Regarding her experience auditioning and entering the school, Garrett-Glassman said:

I went and auditioned by joining a class after the term had already started. They took me in and they said, “We will train you; however, you will not go into the ballet company because you’re black”! I appreciated the honesty because I didn’t have any expectations. At 16 I went to the Royal Ballet School and they also paid for me to go to The Place to take contemporary lessons because that’s where they thought my future was going to be. They didn’t know anything about the Dance Theatre of Harlem, but they thought, “She’s going to dance, so she’ll have to do contemporary dance, not classical dance”. This was in 1971–2. I basically took what they were offering me. I learnt my parents didn’t have to pay a penny. I trained with some really excellent people at The Place, but this just homed in that I didn’t actually want to do contemporary because I didn’t like it. It was a style that was imposed which I resented but thought, let’s just go for it anyway (Garrett-Glassman, 2010).

Garrett-Glassman studied at the school until 1973. Though leadership “only saw Garrett-Glassman as a contemporary artist,” she was almost immediately hired by the Dance Theatre of Harlem. She danced with the company until 1977, performed dance roles in movies, and became a teacher and the co-owner of the Joyce Butler School of Dance.

Feb 7: Switzerland gives women the right to vote in certain state elections.
Feb 11: The US, UK, USSR and others sign the Seabed Treaty, banning nuclear weapons in the ocean.
Jun 11: Neville Bonner becomes first Indigenous Australian to sit in the Australian Parliament.
Aug 18: Australia and New Zealand withdraw their troops from Vietnam.
Oct 14: Greenpeace is founded in Vancouver, Canada.

Jan 12: The Congressional Black Caucus is formed; Charles C. Diggs, Jr. is named the first chair.
Jul 1: Washington State becomes first state to ban discrimination based on sex.
Jul: Beverly Johnson is the first African-American featured on the cover of Glamour magazine.
Dec 18: Reverend Jesse Jackson organizes People United to Save Humanity in Chicago.
Johnson Products is the first company by and for African Americans to be listed in the US stock exchange.
The Association for Intercollegiate Athletics for Women is founded.

Feb 9: Leroy “Satchel” Paige is the first African American from the Negro Baseball League to be inducted into the Baseball Hall of Fame.
Mar 8: Joe Frazier beats Muhammad Ali at Madison Square Garden.
Jun 28: The US Supreme Court overturns the draft conviction of Muhammad Ali.
Dec 1: Ernie Banks becomes a coach of the Chicago Cubs.