Tyrone Singleton is promoted to principal with Birmingham Royal Ballet

Tyrone Singleton was promoted to principal dancer with the Birmingham Royal Ballet in 2013. 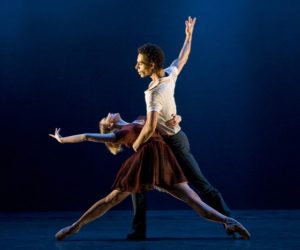 Tyrone Singleton trained at the Royal Ballet School and the Tring Park School for the Performing Arts. In 2003, he began work with the Birmingham Royal Ballet director David Bently. Since joining, he has danced many notable roles such as: Romeo (Romeo and Juliet), the Prince (The Nutcracker), Cavalier (The Sleeping Beauty), Franz (Coppelia), Prince Siegfried (Swan Lake), and Apollo (The Orpheus Suite), to name a few, and in 2013 was promoted to principal.

Feb 15: Chelyabinsk meteor breaks up over Chelyabinsk, Russian, injuring over 1,200 people.
Mar 11: North Korea cuts the phone line with South Korea, breaching the 1953 armistice.
Mar 14: Xi Jinping is named as the new President of the People’s Republic of China.
Jul 12: Malala Yousafzai addresses the United Nations and calls for worldwide access to education.
Dec 17: Angela Merkel is elected Chancellor of Germany for a third term.