Céline Gittens is promoted to principal at Birmingham Royal Ballet

Céline Gittens joined Birmingham Royal Ballet in 2006. She became first artist in 2009, soloist in 2011, and, finally, was promoted to principal in July of 2016. In 2012, Gittens became the first Black ballerina to dance the twin roles of Odette and Odile in Swan Lake in the United Kingdom. 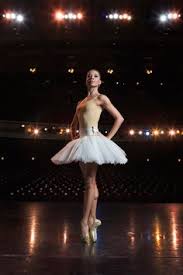 Céline Gittens was born in Trinidad and grew up in Vancouver, Canada. She started her dance training at the age of three under the guidance of her mother, Janet Gittens, before joining the Vancouver Goh Ballet Academy in 2001. Gittens was awarded RAD Solo Seal in 2004, Gold Medal and Audience Award at the Adeline Genée Awards in 2005; and finalist at Prix de Lausanne in 2006 (the same year she joined the Birmingham Royal Ballet). While with the company, she was made first artist in 2009, soloist in 2011, first soloist in 2015, and principal in July 2016. She holds a Masters of Philosophy from University of Birmingham, 2012. 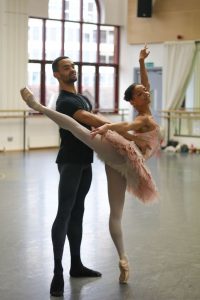 Francesca Hayward is promoted to principal at Royal Ballet

Francesca Hayward trained at The Royal Ballet School and graduated into the company during the 2010/11 season. Hayward was promoted to first artist in 2013, soloist in 2014, first soloist in 2015, and finally, principal in 2016. In the same year, Hayward won the Grishko Award For Best Female Dancer at the Critics’ Circle National Dance Awards.

Born in Nairobi, Kenya, and raised in West Sussex, England, Francesca Hayward joined the junior section of the Royal Ballet School at the age of nine. She progressed to the Royal Ballet Upper School in 2008. As a student, Hayward won the 2009 Lynn Seymour Award for Expressive Dance and the 2010 Young British Dancer of the Year Award. She was also awarded the silver medal and Audience Choice Award at the 2010 Genee International Ballet Competition. In 2014, Hayward won the Best Emerging Artist Award. In November 2018, Hayward joined the cast of Cats. She danced the role of Victoria in the film directed by Tom Hooper. Following filming her role, she returned to performing with The Royal Ballet in May 2019, dancing the role of Juliet alongside Cesar Corrales in Romeo and Juliet. 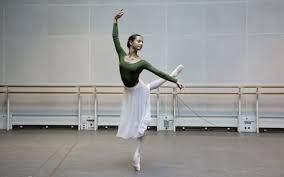 Harper Watters is promoted to demi-soloist at Houston Ballet.

Feb 11: Scientists say they have glimpsed gravitational waves predicted by Albert Einstein.
Jul 26: Solar Impulse 2 becomes the first aircraft to circle the globe powered only by the sun.
Dec: 2016 is named “The Best Year for Black Musicians since Purple Rain.”