In 1955, Arthur Mitchell made his debut as the second African American to perform with the New York City Ballet (NYCB), performing in Western Symphony after Lincoln Kirstein asked him to join the corps de ballet. 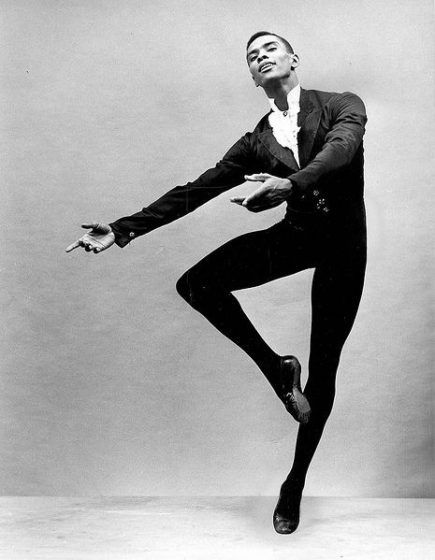 At the age of 18, Arthur Mitchell was offered a scholarship to study at the School of American Ballet before joining the school’s affiliate company, New York City Ballet, in 1955. He became the second African American to perform with the company, after Arthur Bell in 1950.

Mitchell’s repertoire with NYCB included: A Midsummer Night’s Dream, The Nutcracker, Bugaku, Agon, Western Symphony, and Arcade. Mitchell was part of the original 1957 cast of Agon, performing the pas de deux created for him and Diana Adams. In 1968, the performance appeared on The Tonight Show. A Dance Magazine article records Mitchell’s sentiments about the piece: “the contrast between the color of his skin and the color of the ballerina’s skin is part of the choreography, and that casting white men makes for a different ballet.” George Balanchine also created the role of Puck in A Midsummer Night’s Dream for Mitchell; the ballet premiered on January 17, 1962.

Raven Wilkinson was the first African American woman to receive a contract to dance full time with a major ballet company. 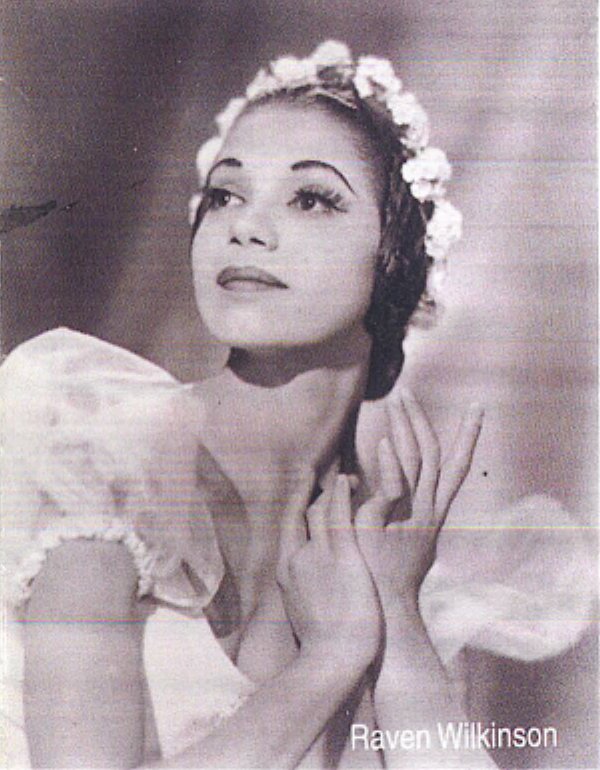 Sergei Denham, director of the Ballet Russe de Monte Carlo, bought the Swoboda School in 1951, giving Raven Wilkinson an opportunity to audition for the troupe. Although she was light-skinned, acceptance into a ballet company was unlikely because of her race. Fellow ballet students advised her not to seek a position, but, in 1954, Wilkinson auditioned for the Ballet Russe de Monte Carlo. After being rejected twice, in 1955, Denham informed Wilkinson, now 20 years old, that she had been accepted on a six-week trial basis. Ballet Russe dancer Frederic Franklin gave the audition class and advised the company staff to accept Wilkinson.

Janet Collins closed out her career at the Metropolitan Opera Ballet in 1955.

In 1955, Janet Collins retired from the Metropolitan Opera Ballet, which she joined in 1951. She was the first African American to dance with the company.

Feb 9: 60,000 non-white residents of the Sophiatown suburb of Johannesburg are forcibly evicted.
Mar 2: Claudette Colvin refuses to give up her seat on a bus in Montgomery, Alabama.
Jun 26: The Freedom Charter of the anti-apartheid South African Congress Alliance is adopted at a Congress of the People in Kliptown.
Nov 5: Racial segregation is outlawed on trains and buses in interstate commerce in the US.
Dec 1: Rosa Parks is arrested for refusing to move to the back of a Montgomery bus for a white passenger.
Dec 5: Historic bus boycott begins in Montgomery, Alabama.