Janet Collins made her Metropolitan Opera debut on November 13th, 1951 as the premier dancer in the opera Aida. The piece was choreographed by Zachary Solov, and Aida had 27 performances that season. 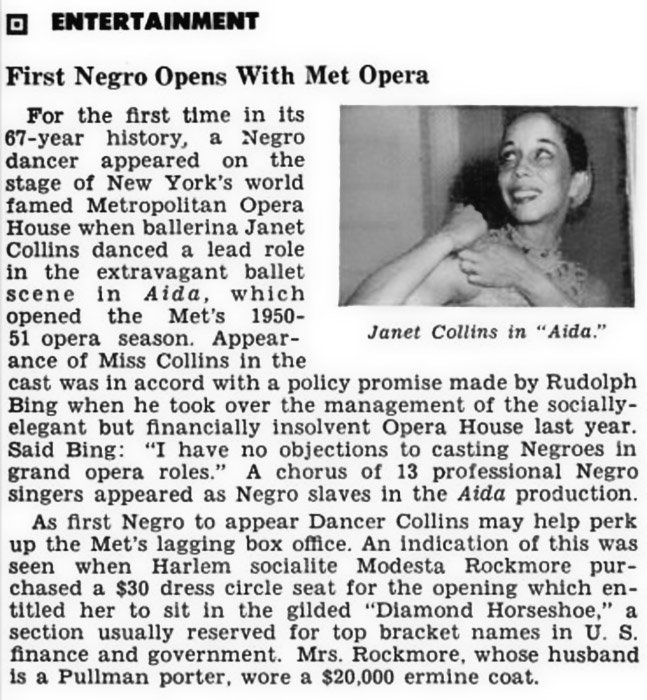 Janet Collins studied classical ballet and modern dance, and her career reflected her versatility. At age 15, she auditioned for the Ballet Russe de Monte Carlo but declined an offer when told she would have to disguise the fact that she was Black. She first performed as a theatrical dancer in 1940 and had her first solo recital in New York City in 1949. Collins appeared in the Cole Porter musical Out of This World (1950–51), receiving the Donaldson Award for best Broadway dancer. In 1952, she became the first African American dancer to join the Metropolitan Opera Company.