Nikisha Fogo is promoted to principal at the Wiener Staatsballett

Nikisha Fogo joined the Weiner Staatsballett in 2013. She was promoted to demi-soloist in 2015 and to soloist in 2016. Fogo was elevated to principal in 2018 on stage after her premiere in the principal role of Sylvia. 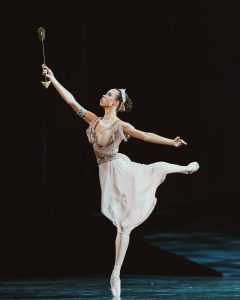 Nikisha Fogo was born in Stockholm, Sweden. She trained at the Royal Swedish Ballet School and at the Royal Ballet School in London. Prior to beginning her ballet training with the Royal Swedish Ballet at the age of 10, Fogo trained in hip-hop, tap, and jazz at her parents’ dance school (the first hip-hop dance school in Sweden). In 2010, Fogo was awarded first prize at the Stora Daldansen competition in Falun, Sweden and at the Grasse (France) Ballet Competition. 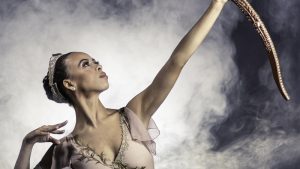 Claudia Monja is promoted to principal at the Joburg Ballet

Claudia Monja joined the Joburg Ballet in 2012 and was promoted to principal in 2018. Since her promotion, Monja has received acclaim for performing the titular roles of Carmen and Giselle. 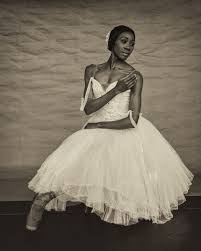 Claudia Monja was born in Havana, Cuba. She performed in the corps de ballet of the Ballet de Camagüey before joining the Joburg Ballet. With fellow dancer Keke Chele, she choreographed Havana, based on a popular Cuban salsa dance. She has toured in Colombia, Italy, Ecuador, China, Botswana, and Ecuador. Monja won the Madge Cade Award for services to Joburg Ballet. 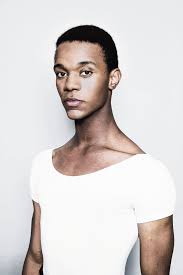 Sept 19: Former New York City Ballet dancer and founding director of the groundbreaking Dance Theatre of Harlem Arthur Mitchell dies at the age of 84.
Brandon Lawrence is promoted to first soloist with the Birmingham Royal Ballet.

May 8: President Trump pulls the US out of the multilateral Iran nuclear deal.
May 22: Stacey Abrams wins the Georgia Democratic primary election for governor. She is the first Black woman in the US to win a major party’s nomination for the office.
Sept 27: Christine Blasey Ford and Supreme Court nominee Brett Kavanaugh testify during an all-day hearing before the Senate Judiciary Committee.
Nov 6: A record 102 women win seats in the House of Representatives.
Nov 6: Ilhan Omar (Minnesota) and Rashida Tlaib (Michigan) are the first Muslim women to be elected to the US House of Representatives.

Mar 24: Tens of thousands attend “March for Our Lives” rallies held in Washington DC and around the world to protest gun violence.
May 8: Ebola outbreak is declared in northwest Democratic Republic of Congo with two confirmed cases and 17 deaths.
May 19: The wedding of Prince Harry and Meghan Markle is held at St. George’s Chapel, England, with an estimated global audience of 1.9 billion.
Jul 11: In San Francisco, London Breed is sworn in as the city’s 45th mayor. She becomes the first African American woman to lead the city.
Aug 27: UN releases report saying Myanmar military leaders should face charges for genocide and crimes against humanity due to their violence against Rohingya.

Jan 7: At the Golden Globes, attendees dress in black to support the Time’s Up movement, combating sexual harassment in Hollywood and beyond.
Feb 12: The Smithsonian National Portrait Gallery unveils the official portraits of former President Barack Obama and former first lady Michelle Obama. The portraits were painted by African American artists Kehinde Wiley and Amy Sherald, a first in the history of presidential portraits.
Feb 16: Black Panther hits the box office.
Apr 14: Beyoncé becomes the first Black woman to headline the Coachella Music Festival.
April 16: Rapper Kendrick Lamar wins the Pulitzer Prize for his album Damn.
Aug 12: NASA launches the Parker Space Probe, its first mission to the Sun and its outermost atmosphere, the corona.
Aug 23: American composer George Walker (96) dies in Montclair, NJ. He was the first Black composer to win the Pulitzer Prize for music (1996).
Aug 30: More than 40 musicians and celebrities took the stage in Detroit to celebrate the life and legacy of Aretha Franklin, who died two weeks prior.

Feb 24: UN Security Council passes resolution for 30-day ceasefire in Syria.
Apr 10: Facebook CEO Mark Zuckerberg begins testifying before US Congress about data use and security.
Jul 1: Nationwide protests over the Trump administration’s immigration policies in the US take place.
Aug 6: South Sudan peace accord is signed between South Sudanese President Salva Kiir and rebel leader Riek Machar in Sudan, attempting to end five years of civil war.
Sept 20: The European Union calls on Israeli authorities to not demolish Khan al-Ahmar and to use restraint in the Gaza protests.

Jan 23: LeBron James becomes the seventh and youngest (33 years 24 days) to reach the 30,000 NBA point milestone during 114-102 loss to San Antonio Spurs.
Jan 24: Former US Olympic team doctor Larry Nassar is found guilty of molesting over 150 girls; he is sentenced up to 175 years in prison.
Sept 8: US Open Women’s Tennis—Naomi Osaka becomes the first Japanese female to win a Grand Slam singles final and beats Serena Williams in controversial match 6-2, 6-4.
Oct 24: Kenyan marathon runner Eliud Kipchoge is named UN Person of the Year for setting a new marathon world record and for his work with AIDS/HIV in Kenya.