In 1983, Lauren Anderson (b. 1965) joined the Houston Ballet following her high school graduation. 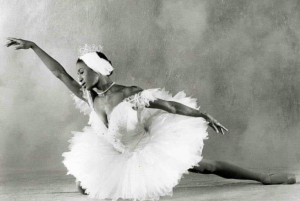 Native Houstonian Lauren Anderson trained exclusively at Houston Ballet’s Ben Stevenson Academy from the age of seven and danced with Houston Ballet from 1983 to 2006, performing leading roles in all the great classical ballets, appearing across the world to critical acclaim and in the process, becoming one of Houston Ballet’s most beloved stars. 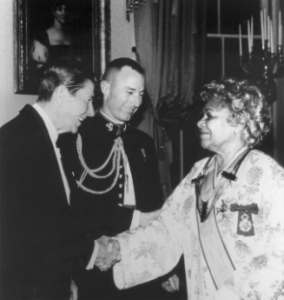 Jan 30: A new law in the UK requires front seat passengers to wear seatbelts.
Apr 15: Disneyland opens in Tokyo.
Apr 21: The one pound coin is introduced in England.
Aug 27: Haiti adopts a constitution.
Nov 26: Twenty-six million pounds worth of gold, diamonds, and cash are robbed from a warehouse at Heathrow Airport in England.
Dec 31: Nigerian Military overthrows its president for the second time.

Feb 28: The final episode of M*A*S*H* airs on CBS and breaks record of viewership.
Mar 2: Compact Discs are introduced by Philips & Sony.
Mar 4: US Public Health Services create guidelines for blood donors and AIDS.
Apr 8: David Copperfield makes the Statue of Liberty disappear for a magic trick.
Apr 18: Alice Walker wins the Pulitzer Prize for The Color Purple.
May 25: Star Wars VI: Return of the Jedi is released.
Jun 8: Trading Places, starring Eddie Murphy and Dan Aykroyd, is released.
Jun 11: “My Love” by Lionel Ritchie is released.
Jul 4: Mario Bros. is released by Nintendo as an arcade game in Japan.