Lydia Abarca of Dance Theatre of Harlem became the first Black female ballerina on the cover of Dance Magazine in 1975. 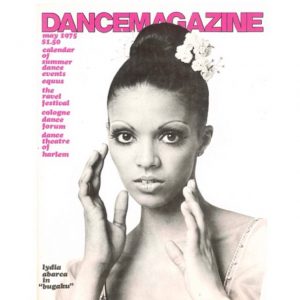 Lydia Abarca was Dance Theatre of Harlem’s first prima ballerina and performed works like George Balanchine’s Bugaku and Jerome Robbins’ Afternoon of a Faun. She went on to perform in Bubbling Brown Sugar and The Wiz on Broadway.

In 1975, Keith Lee left the American Ballet Theatre at the age of 24 because he felt he could not progress more with the troupe and to chase his dream of being a choreographer. 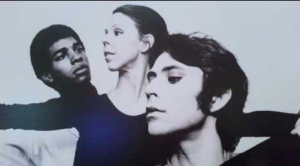 Keith Lee (b. 1951) left the American Ballet Theatre in 1975 after seven years due to the feeling that he had “hit a wall.” He had been promoted to soloist after only one year with the troupe but was often typecast as the antagonist in the ballets. Even though he had created a ballet for the troupe, he felt held back by them. Lee wanted to work more as a choreographer and teacher. Three years later, he was called by Doris Jones of the Capitol Theatre in Washington DC to become a director of the company. He choreographed for many professional troupes and even founded his own dance school in 1999 called Dance School of Lynchburg. His latest endeavor has been directing the professional Keith Lee Dances troupe, which he founded in 2013 also in Lynchburg, Virginia.

Keith Lee Troupe and a Solo for a Teacher, The New York Times
New Strides for Black Dancers, The Washington Post
Dance Theatre of Lynchburg founder Keith Lee prepares for final performances with organization, The News & Advance
Photo of Keith Lee and others

After just three years, Sylvester Campbell left the Ballet du XXme Siecle in 1975 to dance and become a director with the Capitol Theatre in Washington DC. He also worked for 15 years with the Maryland Ballet company as head of the dance department.