British dancer Evan Williams trained at the Royal Ballet School and was invited to join the Birmingham Royal Ballet in 1991.

While Evan Williams was training at the Royal Ballet School, where he studied for three years, director of the Birmingham Royal Ballet Peter Wright noticed Williams’ talents. Williams was invited to join the company on tour in New Zealand. Upon their return, he was asked to join the Birmingham Royal Ballet as a permanent member. In 1991, Williams thus became the first Black British dancer to join the company. Before this, Noel Wallace and Brenda Edwards became the first Black male and female London Festival Ballet (English National Ballet) dancers, respectively, in the 1980s, and Johaar Mosaval danced with Sadler’s Wells Ballet (The Royal Ballet) in the 1970s.

Williams performed several featured roles with BRB: Orion in David Bintley’s Sylvia, the Moor in Petrushka, and Tybalt in Romeo and Juliet.

Evans was promoted to soloist in 1991 and to principal in 1995. He performed featured roles in George Balanchine ballets such as Symphony in C, Agon, The Four Temperaments, The Nutcracker, Western Symphony, and A Midsummer Night’s Dream 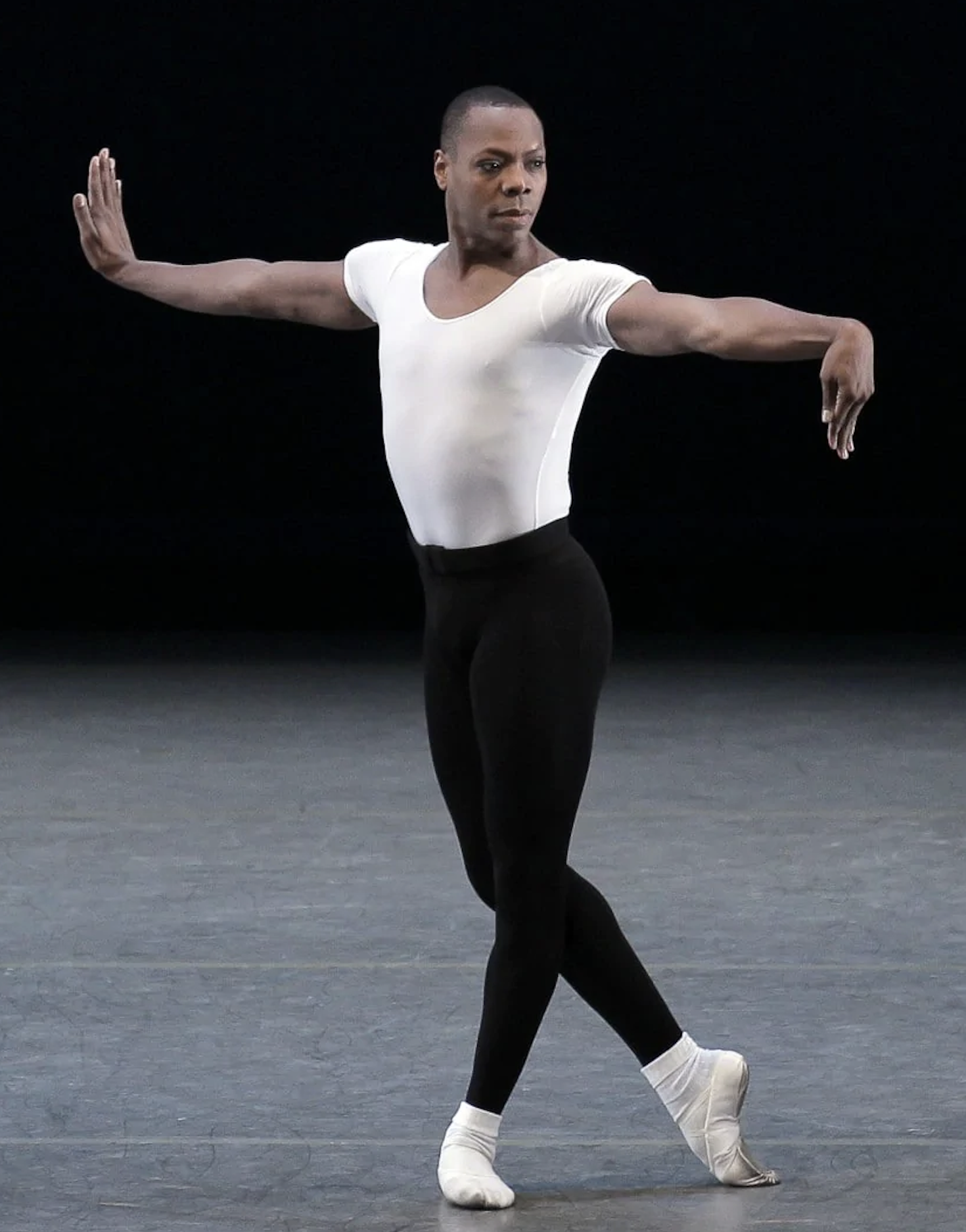 Albert Evans was an American ballet dancer, born in Atlanta in December 1968. He began his ballet training at Terpsichore Expressions in Atlanta and trained under Annette Lewis and Patsy Bromley. He was awarded a full scholarship to the School of American Ballet in 1986. Mr. Evans joined New York City Ballet’s corps de ballet in 1988 and was immediately given leading roles in William Forsythe’s Behind The China Dogs and Eliot Feld’s The Unanswered Question at City Ballet’s American Music Festival. Evans was promoted to soloist in 1991 and to principal in 1995. He performed featured roles in George Balanchine ballets such as Symphony in C, Agon, The Four Temperaments, The Nutcracker, Western Symphony, and A Midsummer Night’s Dream, as well as Peter Martins’ Romeo + Juliet and The Sleeping Beauty. He was the second Black dancer to become a New York City Ballet principal. His farewell performance took place on June 20, 2010, and he continued to work with the company as a ballet master after his retirement. He worked as a choreographer during his career and after it. He passed away on June 22, 2015.

Jan 12: US Congress authorizes the use of military force to remove Iraqi forces from Kuwait.
Apr 26: 55 tornadoes break out in central United States.
May 16: Queen Elizabeth II addresses the United States Congress, becoming the first British monarch to do so.
Jul 22: Jeffrey Dahmer is arrested in Milwaukee, Wisconsin.

Jan 1: California enforces the first anti-stalking law.
Jan 2: Sharon Pratt Dixon is sworn in as mayor of Washington DC, making her the first African-American woman mayor of a major US city.

Jan 27: Super Bowl XXV occurs; The New York Giants beat the Buffalo Bills.
Jun 13: Lightning strikes and kills a spectator at the US Open.
Nov 7: Magic Johnson announces that he has HIV.