George Washington Smith, said to have been a mulatto, danced the role of Albrecht in the first American production of ”Giselle,” in 1846 with Mary Ann Lee. In 1840 Smith had been hand picked by Viennese Ballerina Fanny Essler to be her partner. He quickly rose in acclaim and helped popularize ballet in Philadelphia. 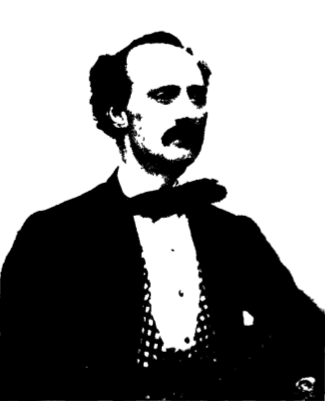 Smith’s talents were developed by studying with various visiting European teachers in his native Philadelphia, then a mecca for theatre and dance. His performing debut was made in 1832, and he soon grew into a versatile dancer, admired for his skills as a technician, actor, partner, and pantomimist.

In 1840 the Viennese ballerina Fanny Elssler and her British partner, ballet master James Silvain, arrived in Philadelphia for a two-year American tour. Smith worked with them, performing one of his most noted roles, that of Harlequin. When they left, Smith used his harlequinade talents and appeared in a pantomime, Mazulme, or The Black Raven of the Tombs, a role for which he became noted. Smith’s ballet studies continued with the Philadelphian P.H. Hazard, under whom he and Mary Ann Lee became the leading dancers in the first American production of Giselle, performed in Boston in 1846. Smith was a choreographer and teacher in his later years.

Feb 23, The Liberty Bell in Philadelphia tolled for the last time, to mark George Washington’s birthday. A hairline fracture had developed since 1817 and a failed attempt to repair it resulted in the crack.

Apr 15, The Donner family set out for California from Springfield, Ill.

Jun 15, Washington diplomats established a straight line border between the US and Canada in the northwest and thus established Point Roberts, Wa. as the westernmost corner of the US. The enclave is 4.9 sq. miles.

A US Treaty was signed with the Cherokee Nation in which the tribe gave up resistance to forced relocation.

Dec 10, Norbert Rillieux (1806-1894), African-American engineer, received a patent for the Rillieux Process for refining sugar. He won several patents for a way to refine sugar in a process that later came to be called multiple-effect distillation.